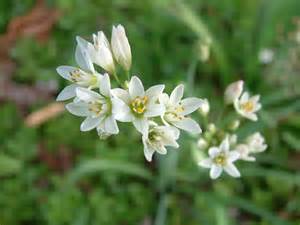 A native plant of South Africa, Onion Weed is a perennial herb that is capable of significantly reducing the productivity of pastures, crops and grazing areas. Not only does Onion weed compete with crops for space and nutrients, but it can also cause death in livestock as the plant has no nutritional value to animals and can remain undigested in the gut as balls of fibre and lead to bowel obstructions.

Onion Weed is a hairless, tufted herb with hollow, cylindrical leaves that are 180-400 mm long. The erect flowering stem is also hollow and may be up to 600 mm tall and branched with many small flowers. Each flower has 6 white to pale pink coloured petals growing up to 12 mm long and each petal has a brownish or purplish central stripe. There are 6 stamens with dark brown anthers and a slender style which is minutely 3-lobed at the tip. Onion Weed looks like an onion plant but does not have a bulb or any onion odour.

Capable of spreading rapidly in farmland, Onion Weed cost the agricultural industry millions of dollars per year in lost productivity. Producing abundant seeds each year and capable of surviving extended periods of drought, it is essential that Onion Weed is tackled before further infestations occur.

There are a variety of selective and non-selective herbicides registered for the control of onion grass in a number of different situations.

When seeking to target Onion Weed, there is a limited window for the effective use of herbicide. Onion grass can be controlled in established pastures using an appropriately registered metsulfuron-methyl herbicide. It is important that spraying is conducted in mid to late spring at the point that the old corm that resides in the soil is exhausted and the new corm is developing.

Using a spot sprayer for smaller outbreaks of Onion Weed or a larger motor driven spray unit a high PSI and chemical flow rate for bigger infestations is essential for the effective control of the weed.  Using a powerful spray unit will permit enough chemical to be absorbed by the new corm to kill it. Spraying at flowering in autumn can get rid of flowers and seeds but not the underground corms.

However, care must be taken to protect desirable species, such as clover, being accidentally sprayed with herbicide. In such cases, use of a spray hood can be used to protect the plants.

For further information on the best equipment to use when spraying Onion Weed, call 1800 011 000 to speak to a member of the Rapid Spray team or click here to view the range of innovative weed suppression equipment.