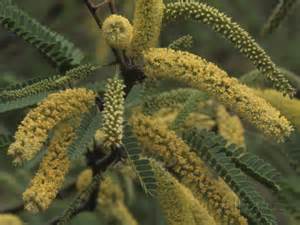 A weed of national significance in Australia, Velvet Mesquite is Native to north western Mexico and Arizona. Velvet Mesquite has become a problematic tree as it displaces native plants, reduces the density of perennial grasses and forms dense, spiky thickets which hinder the progress of livestock and access to water.

The stout thorns produced by Velvet Mesquite can also injure passing livestock, leading to infection and in severe cases lameness. The tree is deep rooted and able to survive long periods of drought. It also produces alkaloids that inhibit pasture regeneration under their canopy and therefore are a significant threat to pasture areas.

Able to flourish in climates with temperatures as low as 10 degrees, Velvet Mesquite has invaded sub-tropical regions of Australia with great success and has the potential for spread to other areas. The thorny tree is a particular problem in South Australia where infestations have steadily risen over time.

Velvet Mesquite can be identified by its dark reddish-brown bark when young which changes to a grey-brown shade as the tree matures. The branches of Velvet Mesquite produce sturdy, yellow thorns and fine, green leaves that close as night approaches. Flowers are yellow in colour and produce long seeds pods. A mature Velvet Mesquite tree is capable of reaching heights of 30 to 50 feet.

The seeds pods of Velvet Mesquite trees are spread via feral animals in their fur and are carried great distances where new infestations can occur. The seed pods can lie dormant for long periods of time and are still viable as many as five years after becoming detached from the parent tree. Floodwaters can also disperse seeds quickly and are thought to have caused large infestations on riverbanks that hinder access to drinking water for livestock.

As the green, thin leaves of Velvet Mesquite are waxy in texture, foliar spraying of the tree have shown to be largely ineffective when attempting to suppress infestations. Instead, Basal bark spraying is offered as an effective alternative for dealing with mature outbreaks of Velvet Mesquite. Using a powerful motor driven spray unit, completely cover the bark of the tree and leave for seven days. Revisit the treated trees after this time to check if the tree is showing any signs of stress and if necessary, treat again.

Smaller seedlings can be foliar sprayed with good success rates but ensure that you carry out treatment when seedlings are less than 12 inches in height and are actively growing.

To see a wide range of spray equipment suitable for suppressing Velvet Mesquite trees, click here or call 1800 011 000 to discuss your spray equipment options with a friendly and knowledgeable member of the Rapid Spray team.