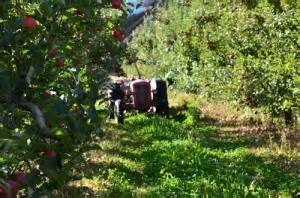 A biosecurity law over a century old is set to be given an overhaul as Federal Agricultural Minister Barnaby Joyce calls for farmers, graziers, food producers and processors and the public to all contribute to the first draft of the Government’s planned Biosecurity Act 2015.

The revised act is currently in a three month consultation period, where comments are invited from primary producers and any other individuals involved in or concerned with the production and export of food and livestock.

Australia is currently subject to some of the world’s strictest and safest biosecurity measures put in place in order to protect against exotic pests and diseases threatening our precious flora and fauna. Millions of dollars per year are spent in safeguarding the agricultural industry from noxious weeds and pests and the revision to the current biosecurity act will help strengthen the regime.

The new Act, which Mr Joyce said the Government will introduce to Parliament in 2016, is intended to update the Quarantine Act of 1908. Explaining the necessity for new legislation, the Department of Agriculture’s website says:

The Act will incorporate regulations based on a newly developed Biosecurity Import Risk Analysis (BIRA) process.

The submissions and comments period for the BIRA regulation is open until 30 November 2015. For more information on the draft Act and the consultation process, click here for further information.