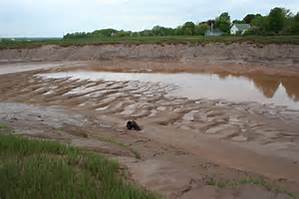 Following the devastation suffered by
the Lockyer Valley and Mid Brisbane catchments during the 2013 floods, the
Resilient Rivers Initiative has stepped in to return the rivers and creeks
affected back to their former state by undertaking projects to clear the mud
and sediment left behind.

The Resilient Rivers Initiative was
launched in December 2014 to protect the regions waterways by delivering a
coordinated approach to catchment management. Partners include the Council of
Mayors, Queensland Government, Seqwater, Healthy Waterways, SEQ Catchments,
Unitywater and Queensland Urban Utilities.

These two catchments are relied upon to supply
over 40 percent of the regions drinking water, but following the floods a
recent report carried out by the Healthy Waterways agency recorded a D and D+
result in the quality of the water. The poor score has been seen as a priority
for the Resilient Rivers Initiative who have already began projects in order to
improve the water quality score to safeguard the health and wellbeing of the
residents that rely upon it.

Prior to the inception of the
initiative, several government and water bodies where working to help restore
creeks and rivers but the new framework has seen all concerned with the
improvements collaborate and has resulted in a more co-ordinated approach to
the projects.

The Resilient Rivers Initiative will
continue to bring these parties together until there is a coordinated plan to
protect all 19 catchments in South East Queensland. Works are already well
underway to clear sediment in key areas and it is expected that the
collaboration will continue to make further headway across all catchments areas
in 2016.