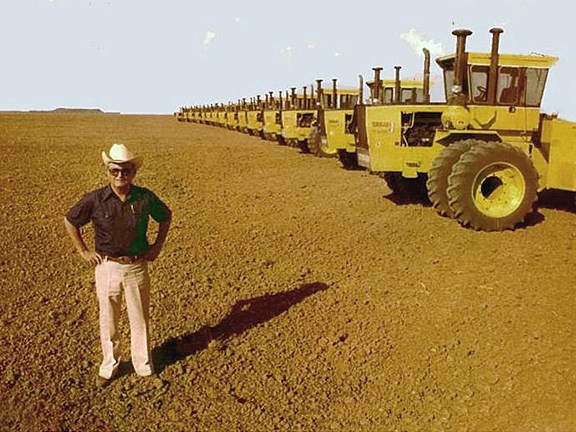 Arriving in Australia almost 60 years ago, born and bred Texan Jack Fletcher was already a global pioneer in the development of water irrigation systems. From working on projects in Mexico and the Dominican Republic all the way to Africa, the 1960s saw Jack Fletcher & Co set its sights on the potential of northwest Australia’s Kimberley region.

Jack’s advancements in the irrigating of Australia’s previously barren northwest proved a successful endeavour. With mining and agribusiness flourishing in the area, Jack went on to create the Australian Land & Cattle Company (ALCCO), one of the largest agribusinesses in the history of the Kimberley. ALCCO exported 37 percent of all beef products from the Kimberley during that time and was the largest employer of Indigenous people in the region. ALCCO also boasted investment back into the area over a two decade period to the tune of one third of what it was generating.

In a new ALCCO venture, Jack identified fertile land on the Fitzroy River and initiated irrigating it’s surrounds. To protect his scheme in the event the river were to flood and to minimise interruption to the operations water supply, he planned to build a dam on the river’s upper reaches. It was at this point he was met with great government and bureaucratic resistance. Further to these complications, he struggled to get adequate and timely financial backing to match the seasonal demands, ultimately terminating his dream project.

Jack Fletcher has penned his thoughts on the saga in a book titled ‘To Dam or be Damned: The Mighty Fitzroy River’. Identifying how his plans in the 1980s to dam the Fitzroy River to further sustainable primary production in the Kimberley were halted by layers of government bureaucracy, Jack Fletcher offers first hand insight about the ultimate failure of his dream for the Kimberley to become what he coined a ‘food bowl of the world’.

With the now 90 year old Texan’s adventurous plans from all those years ago pushed back into the spotlight with several Kimberley developments underway, new hope for agriculture and cattle production opportunities in the Kimberley may just see Jack’s legacy manifest in the 21st  Century.

You can purchase Jack’s book ‘To Dam or be Damned: The Mighty Fitzroy River’ HERE